June 9, 2021 by Michael Webster
From Our Expertsstreamingelectronicstrends

In the blink of an eye, June has arrived, and summer is about to get started! With the days becoming hotter and hotter, it’s getting more difficult to make plans outside – meaning it’s the perfect time to kick your feet up, grab some popcorn, and enjoy your favorite shows inside the comfort of your (hopefully air-conditioned) home.

And just in the nick of time, all of your favorite streaming services are kicking off the season with a ton of new content for subscribers to enjoy. If you’re looking for an excuse to beat the heat and stay on the couch for the day − we’ve got you covered. Here is our list of the top 5 shows to stream this June (and all summer long):

Marvel Studios has already proven that their high-quality, cinematic action can smoothly transition to the small screen by making huge waves in the streaming universe earlier this year with hits like “WandaVision” and “Falcon and the Winter Soldier.” Their latest original series focuses on Tom Hiddleston’s Loki, a consistent highlight in the Marvel Cinematic Universe.

Following the version of Loki that escaped with the Tesseract in “Avengers: Endgame”, the god of mischief finds himself apprehended by the Time Variance Authority and is tasked with helping them fix the many realities he's been breaking, or risk being wiped from existence. That sounds promisingly weird, but if “WandaVision” proved anything, it’s that weird and Marvel TV shows make a fine combination.

Netflix's most popular non-English drama, “Lupin”, finally returns for its second set of episodes this month after a short debut in January. Omar Sy stars as Assane Diop, a “gentleman thief” inspired by the popular Arsène Lupin character, who seeks revenge against the wealthy man who sent his father to jail.

Netflix has already renewed the series for parts 3 and 4, so look for “Lupin” to pick up right where the action left off in part 1 and leave you asking for more at the end of part 2. You can catch up on every episode now and enjoy part 2 on Netflix beginning on June 11.

One of Amazon’s most popular and longest-running series, “Bosch” is back for its seventh and final season. Detective Harry Bosch (Titus Welliver) is investigating a deadly and politically sensitive arson case and it could be his trickiest test yet. However, this isn't actually the end of the character's story; Welliver will reprise the Harry Bosch role in a spin-off show for IMDb TV next year.

The show’s creators promised that for season 7, this case will “absolutely” change everything! You can stream all previous seasons now and catch the thrilling final season on Prime Video, beginning on June 25.

The popular teen drama is back – and on a new streaming service! What was once streaming on Disney+, now finds its way onto Hulu before the premiere of its second season. This season follows Creekwood High's star athlete, Victor (Michael Cimino), as he navigates what life is like now that he's out of the closet with his boyfriend Benji (George Sear), as he takes on his junior year of high school.

What Victor now realizes is, coming out brings with it many new challenges: A family struggling with his revelation, a heartbroken ex-girlfriend, and the difficulties of being an openly gay star athlete. You can catch up on all of the drama today and catch the new season (now on Hulu), beginning June 11.

Stephen King has called his 2006 novel “Lisey’s Story” the favorite of his books, which instantly increases the pressure on anyone hoping to adapt it to the screen. Luckily for you, Apple TV+ assembled a stellar cast including Julianne Moore, Clive Owen, Joan Allen, and Jennifer Jason Leigh for its new eight-part limited horror series that is sure to have you on the edge of your couch.

Moore stars as the widow of a famous author (Owen), who’s constantly bothered both by a threatening fan and suppressed memories as she sorts through her husband’s papers. You can start streaming this thrilling limited series on Apple TV+, starting June 4. 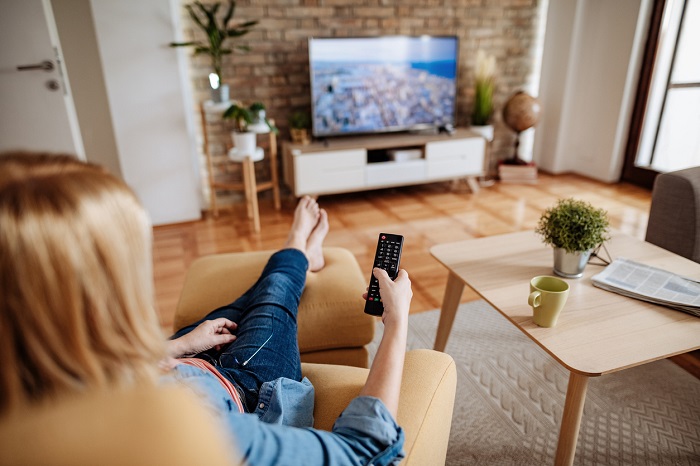 Whether you’re a fan of superheroes, comedies, dramas, or horror, June’s new streaming offerings have something for everyone. With the weather heating up, there’s never been a better time to chill indoors and binge some great TV.

And if you think your current viewing setup could use an upgrade, we offer a to guarantee your streaming quality is at the highest level. If you have questions about , we’re here to help! and we’ll be happy to make sure you’re ready to stream and relax all summer long!