August 4, 2021 by Michael Webster
From Our Expertsstreamingelectronicstrends

The end of summer is approaching, and with back-to-school (and back-to-the-office) itching even closer, there’s less time to enjoy the last moments of the warmer months. However, if you’re still in need of some entertainment to escape the stifling late summer heat, your favorite streaming services are making sure there’s no lack of new and original content for you to enjoy inside of lounging on the couch.

There’s a bunch of new content coming out this August, so if you’re looking for an excuse to stay out of the sun and kick your feet up inside – we’ve got you covered. Here’s our list of the top 5 shows to stream this August:

Marvel Studios is quickly becoming a juggernaut when it comes to action-packed TV, having already put out three streaming hits just this year alone with “WandaVision,” “Falcon and the Winter Soldier,” and most recently, “Loki.” This time around, Marvel brings us “What If…?,” an animated anthology series that explores what would have happened if key moments in the Marvel universe happened differently.

Based on the speculative comic book series, the stories could take new meaning in the Marvel Cinematic Universe in the wake of (*spoiler alert) the multiverse split that happened in “Loki.” You can start streaming new episodes every Wednesday, starting August 11 on Disney+.

Move over “Project Runway.” “The Hype” is a new reality show competition of 10 streetwear professionals who must compete in challenges where they’ll have to demonstrate not only their design skills, but also their entrepreneurial sense and delivery in order to avoid elimination.

The eight-part series features Migos’ Offset as a judge, alongside Beyoncé’s go-to stylist Marni Senofonte, and Bephies Beauty Supply founder Beth Birkett. Tune in to the series premiere on August 12 on HBO Max.

Nicole Kidman and screenwriter-producer David E. Kelley are back with yet another thriller after collaborating on smash-hit series of recent years “The Undoing” and “Big Little Lies.” Based on the novel by Liane Moriarty (who also penned Big Little Lies), Kidman is joined by a star-studded cast including Melissa McCarthy, Luke Evans, Regina Hall, and more as she plays the mysterious owner of a wellness retreat on which nine city folk seeking self-exploration and healing choose to embark.

It soon becomes clear, however, that things at the Tranquillum House are not all they seem. You can start streaming this thrilling, new series on Hulu starting August 18.

Sandra Oh’s new comedy series “The Chair” follows Ji-Yoon Kim, the first woman of color to become the chair at a major university, as she attempts to resuscitate its failing English department. The show is executive produced by Amanda Peet and Game of Thrones’ David Benioff and D.B.Weiss, and is guaranteed to provide plenty of laughs.

You can start binging the new comedy series on Netflix beginning August 20.

Only Murders in the Building (Hulu, August 31)

From the comedic mind of Steve Martin and John Hoffman, “Only Murders in the Building” follows three strangers, played by Selena Gomez, Steve Martin, and Martin Short, who reside in the same NYC apartment building and share an obsession with true crime—only to find themselves in the middle of one.

When a murder happens in their building, the trio team up to crack the case, unraveling secrets about the building’s past in the process. You can catch the series premiere on August 31 on Hulu. 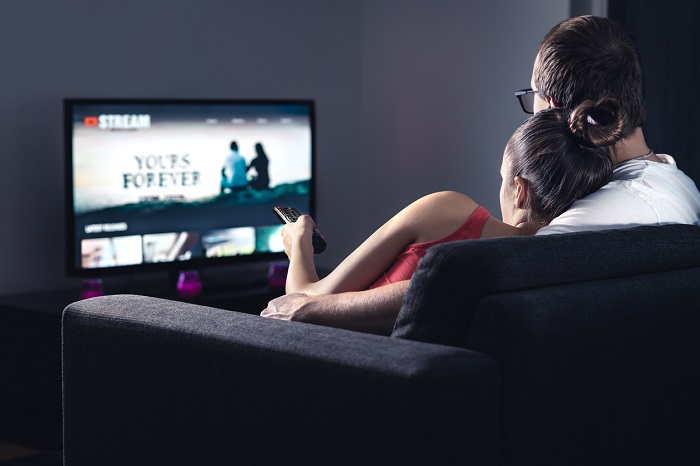 Whether you’re a fan of superhero action, thrilling dramas, or a laugh-out-loud comedy series, August’s new streaming offerings will be sure to keep you entertained for the days it’s too brutal to face the elements outside. And if you think your current streaming setup could use an upgrade for the grueling summer months, we offer a top selection of TVs and other electronics to guarantee your viewing quality is at the highest level.

If you have questions about televisions or any other electronic need, we’re here to help!  Give us a call or shop in-store today, and we’ll be happy to make sure you’re ready to stream, kick your feet up, and relax all year long!