Does the TV Screen Type Really Matter to your Eyes?

February 23, 2022 by Reyna Thomas
From Our Expertstvselectronicshome theater

The television is one of the most common electronic in any household. Even in the age of digital media, people choose to spend their free time at home with their families watching television.

Some people are hooked to watching show after show, putting their eyes at risk. But screen type is not the only factor in eye-healthy screen time. It really depends on the TV brightness, room lighting, distance from the screen, and view time. How? Let’s break it down: 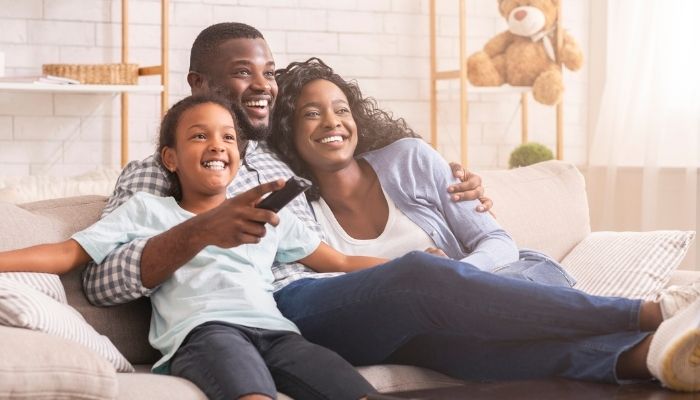 Whatever type of television you have, it emits light with most TVs emitting at least 50% of blue light. Because blue light is closer to UV rays on the light spectrum, it may have similar qualities to how it affects people. Blue light exposure has long been linked to health issues such as eye damage, vision loss, and insomnia. So, as the brightness of your TV is increases, the color, and contrast of the image decrease, causing eye strain.

Additionally, keeping your television too dim low can also cause eye strain. You want a TV with just the right amount of light for your eyes. 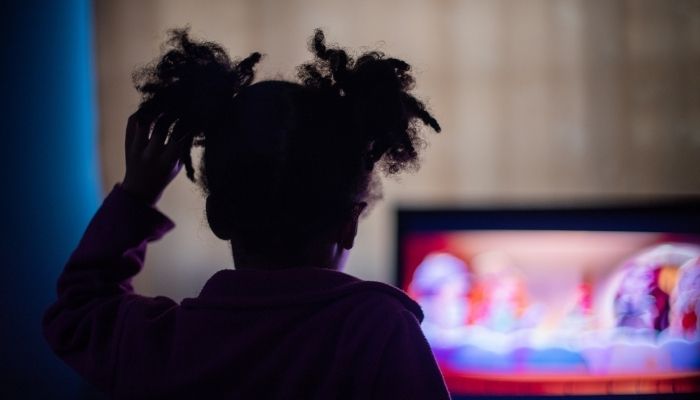 Ambient lighting should be present in the room when watching TV. It’s not a good idea to watch TV in complete darkness -- yes we’re talking to you late-night viewers. The room’s brightness should be adequate and comparable to the television. Even in theaters, the lights are never completely off, just dimmed; that same rule should apply to your home.

But, if you really want to watch TV in the dark, you can reduce the screen brightness of your TV to minimize eye strain.

The closer you go to the television, the more your eyes begin to strain. For both kids and adults, it is not necessary nor healthy to sit close to the screen. The basic rule is to sit at least five times as far away from the screen as it is wide. So, if your television is 32 inches wide, for example, the ideal viewing distance is 160 inches or around 13 feet. 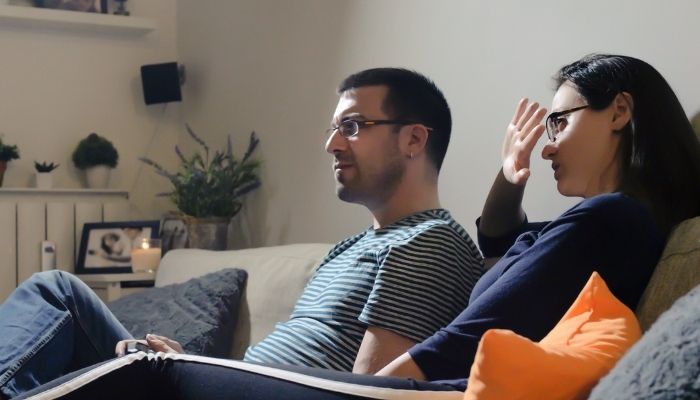 The recommended viewing distance for televisions with 4K resolution is one and a half times the screen size. The recommended distance for HDTVs is three times the screen size of the TV. These guidelines also go for children, who may be the biggest culprits in non-safe viewing practices. If you must, rearrange your living room to space out the good seats away from the TV.

How does that translate into TV screen types? And what screen type should people use to better protect their eyes when watching various shows on television?

The most common display technologies are LED and LCD. The latest TV display technology is OLED, which is only available on high-end TVs. The pixels used to provide the display are the difference between LCD, LED, and OLED. When compared to LED backlight, OLED has a far higher resolution and delivers cleaner, better graphics.

An OLED (Organic Light-Emitting Diodes) screen consists of numerous pixels that emit its own light. Each pixel is made up of three separate RBG – red, blue, and green – OLEDs. OLEDs are true emissive components that produce light on their own and do not require a light source. Meaning they produce a light that’s more natural and less harsh on your eyes.

OLED TVs also provide excellent color and contrast because they do not use light from other sources to display colors, as LCD/LED TVs do. They also, on average, produce around 20% less blue light than LCD displays. 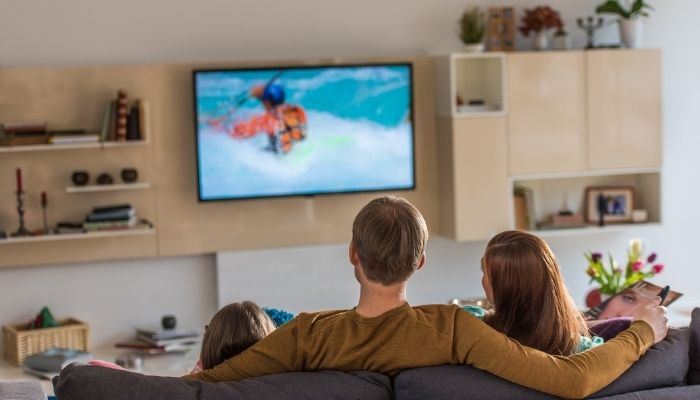 Both LCD and LED TVs work in similar ways to each other. The only difference between the two is the type of backlighting. A TV labeled as an LED utilizes LED illumination for the white backlighting instead of fluorescent (CFL) lamps.

While LED LCD TVs are more appealing than CFL LCDs, they cannot compete with OLED panels since the LCD/LED front panel is a liquid color display that is not self-emissive. Which is the biggest disadvantage of LCD/LEDs in terms of eyesight. Although they produce quality images, the color and contrast from these displays are due to their light sources, so they give off more brightness that can cause eye strain if not moderated.

To sum it up, OLED displays are better for your eyesight. They have more natural lighting, better color contrast, and a wider color range. However, no matter what type of display you have, you will hurt your eyesight if you don’t practice safe TV viewing.

If you’d like to get a better viewing experience in your home, start with our selection of TVs ranging from OLEDs, LCDs to even outdoor TVs. You also find accessories like TV mounts, frames, and audio systems. If you need help working through all the tech specs, or just figuring out what you need, give us a call! The experts at Toton’s TV are always here to help!

What’s New to Stream for the New Year
Is It Time to Upgrade Your Television?
Outdoor Projector or TV: Which is Best For Your Home?
It's National Women's History Month! Check Out the Top 10 Movies to Watch in Celebration
Through the Decades: The Evolution of Television Sets