Things to Consider When Buying a TV 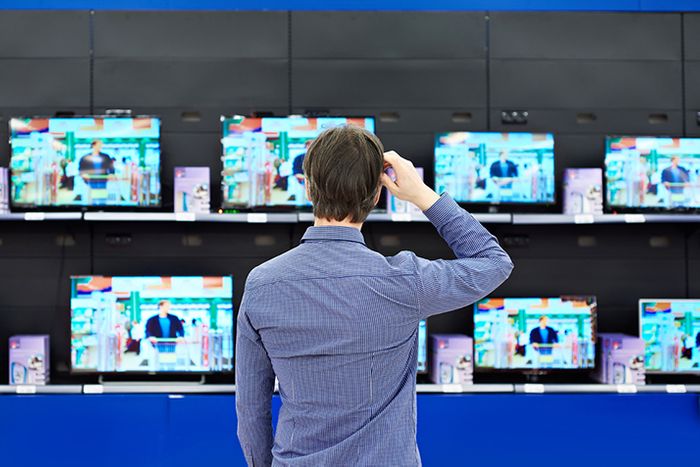 In the age of technological domination, choosing the best television for your home can be difficult and somewhat overwhelming. There are a seemingly infinite variety of televisions to choose from, especially considering sound, display, and size, so finding the perfect TV for your home can be tricky. Fortunately, there are several aspects to consider to help in the choosing process, so when you are in the market for a new television, contemplate these 4 points.

Size Based on Home Features

Size is one of the most important features to consider when prospecting for a television, as a too small set can make the television not worth even looking at, and a set that is too big can dwarf an entire room. Keep in mind the features of the room the TV will be set up in, and how televisions of all sizes would work with both the dimensions and other furniture.

There are several different types of television displays currently on the market, including:

Each television will offer separate and individual sound systems, which vary depending on the size and quality of the TV. With televisions being produced more and more thin to lie flush with the wall, speakers are becoming worse and less clear. If you are buying a TV that is relatively thin, consider looking into a sound bar or surround sound system to pair with the television to make the experience more complete.

Resolution is an important aspect of a television and one to carefully consider. While high resolution can be ideal for those that often engage in gaming systems used with the TV, a high definition television is ideal. However, high definition has the tendency to make images appear almost too real, erasing some of the smooth transitions in action movies. Be sure to assess the primary use of the television before deciding on a specific resolution and display.

Though buying a television can be stressful and tedious, this guide should prove to be a helpful resource to turn to during the deciding process. There is no one aspect to consider above all else; each feature should be considered independently and applied as accurately as possible. Find your perfect television today, and enjoy the experience.